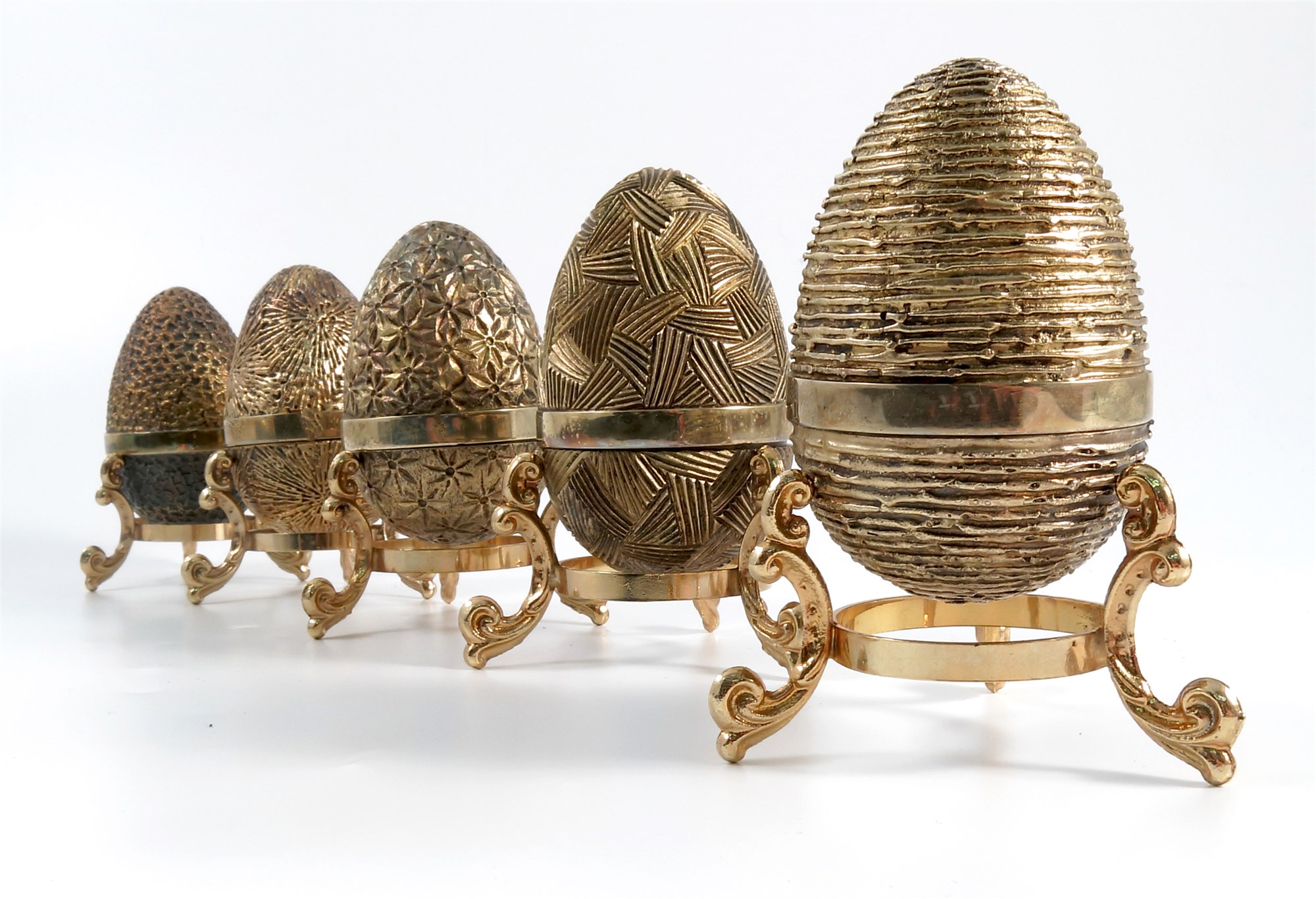 Stuart Devlin was a world renowned silver smith, his creativity and imagination opened up the world of silver craftsmanship.

He moved the design direction away from the austerity of the Bauhaus Scandinavian schools and introduced a more romantic use of precious metals. He devised techniques to produce textures and filigree forms of almost any kind, and used gilding to enrich his creations. The journalist Godfrey Winn described Stuart’s pieces as “the work of a magician”.

He was Born in Australia in 1931, the son of a painter and decorator and a housemaid and showed an early aptitude for metalwork, a revelation is a five-piece tea set raised from sheet metal by Devlin as a precocious 13-year-old,  the silversmithing equivalent of Mozart producing his first symphony at the age of eight.  In 1955 he lefts his job to study gold and silversmithing  at the Royal Melbourne Technical College and then moved to the Royal College of Art to continue his studies.  In 1960 he moved to New York to attend Columbia University and in 1963 he won a competition to design Australia’s first decimal coinage. In 1965 he returned to London and opened a small workshop in Clerkenwell.  After three years with Collingwood of Mayfair, he opened his own gallery on the ground floor of a workshop employing up to 60 people and in 1979 he opened his own retail premises in Conduit Street after

striking a deal with his patron, the Duke of Westminster.

The collapse of the silver price in the 1980s lead to the closure of Devlin’s shop. He later focused on private commissions based in West Sussex.  In 1983 a retrospective titled 25 Years of Stuart Devlin in London was held at Goldsmiths Hall.

Having weathered the global recession of the 1980s and the attempted cornering and collapse of the silver bullion market, Stuart Devlin moved  his showroom back to Clerkenwell. A retrospective titled 25 Years of Stuart Devlin in London was held at Goldsmiths’ Hall.  Devlin’s Champagne Diamond Exibition at Goldsmiths’ attracted so many visitors, people queued up to four hours. The collection included 180 pieces of jewellery set with white, yellow, cognac and champagne-coloured diamonds and three automated eggs. The Carousel Egg set with more than 3600 diamonds was snapped up before the opening by Prince Jeffri of Brunei.

In 1996, Devlin was made Prime Warden of the Goldsmiths’ Company and in 2000 he was commissioned to make the Millenium dish for them.  In 2012 the Goldsmiths centre opened which combined exhibition space with workshops and training facilities.  Devlin instigated its creation and despite failing health he was able to teach the first course to graduate designers. 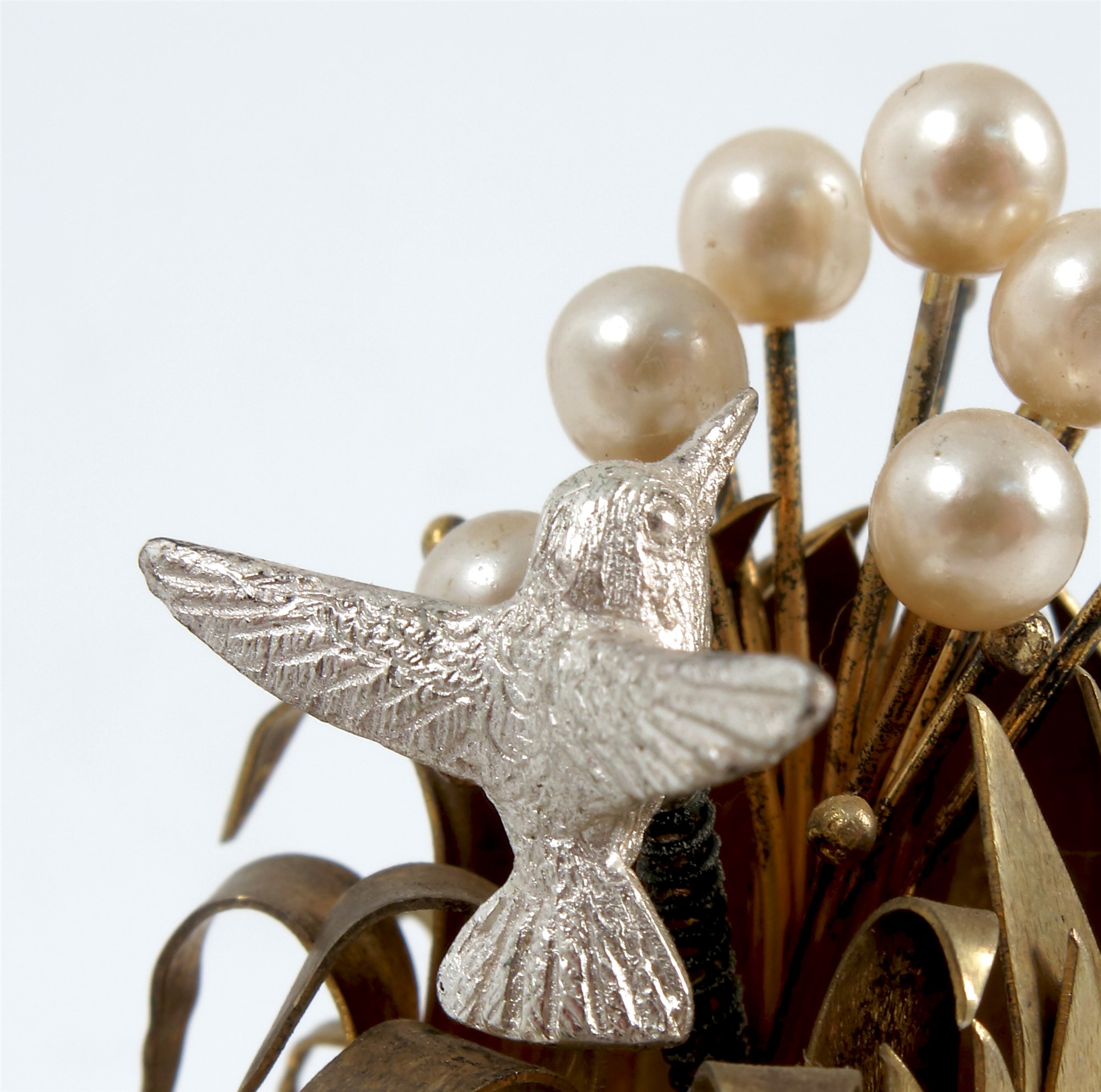 With such a wealth of experience and talent His death in April 2018 may result in a worldwide re-appraisal of his work.  Some collectors regard Devlin as one of the best kept secrets of the minigolden age of British Silversmithing and the market is now waiting to see what happens next.  There was some upward movement in auction prices of Stuart Devlin pieces at the beginning of the 21st Century but they have remained relatively static until now.

The entry level to the Stuart Devlin market is provided by the gold and  silver easter eggs and Christmas boxes which have been fetching auction prices of between £200 - £300 although rare examples can fetch upwards of £1000.  More elaborate pieces are commanding higher prices and Devlin’s 34-light 707 oz candelabrum made for the Duke of Wesminster in 1976 was Devlin returning to the old-fashioned grandeur of the dining table sold in a London auction house for £38,000.

Philip Serrell Auctioneers were fortunate enough to be invited to sell  part of a private collection of Devlin Easter eggs and Christmas boxes in our May and July fine art sales of 2018.  Prices for all lots can be found on our auction results page.

If you wish to receive an auction valuation for similar items you can arrange a free auction appraisal by attending our fortnightly valuation days at our Malvern saleroom.  Alternatively please fill in your details on the valuation form to the right together with any images and we will endeavour to reply as soon as possible.